Skip to content
There are a lot of great books out there. A lot. More than I will ever be able to read in my lifetime! However, truly exceptional literature is a lot more rare. Today I am going to review a truly exceptional piece of literature, The Price of Freedom, which is a collection of speeches by Calvin Coolidge. I'm pretty sure it was compiled by Calvin Coolidge too. Yup, that's right -- Calvin Coolidge, the 30th President of the United States of America. And, in my opinion, one of the best presidents this nation has ever had.

Now, about the book.

I've read a lot of books, and I have a lot of favorite books, but this is definitely in my top five! (I'll do a post about my top five fiction and nonfiction in the future.) In fact, when I first read this book, I was like, "It could be canonized as TJEd scripture!" (TJEd, as in Thomas Jefferson Education, a method of leadership education that is fantastic!) Seriously, it's that good.

Here are some of my favorite quotes from The Price of Freedom and the speeches they can be found in:

"There are evil forces at work now. They are apparently organized and seek the disintegration of society. They can always be recognized by a direct appeal to selfishness and nothing else... the answer to this lies in a knowledge of past human experience and a realization of what man is."

"Independence is exceedingly exacting, self-control is arduous, self-government is difficult. Always there is the temptation that some element of these should be surrendered in exchange for security and ease."

"The fundamental principles on which American institutions rest ought to be clearly understood. Being so understood, the can never lack for defenders."

"We review the past not in order that we may return to it but that we may find in what direction, straight and clear, it points into the future."

Rating: 15/10
2020 has been an absolutely insane year. A lot of stuff has happened, including CoViD19, the 2020 election, BLM protests, CHAZ, and libraries being temporarily closed.

So what could be better than some good books to read? Especially if they're inspiring, insightful, and take longer than two seconds to read

1. Macbeth. This is an incredible play by William Shakespeare about a man who assassinates the King and then takes the throne. He's told by three witches that he will keep his kingdom until the forest marches against him. So he's safe, right?

2. Mao: The Real Story. This is a super huge biography of Mao Zedong, who made China communist. It's well written, insightful, and gives you a whole new point of view of the Cultural Revolution.

3. Intelligence. What if there was only one way to stop a communist alliance from taking over the world? But what if that one way is by subjecting your own people? Then what? Intelligence, Eliza DeMille Robinson's debut novel, has such deep and insightful thoughts on freedom, the fight for freedom, what it means to be free, and the individual's mission. The writing, character building, and plot weaving is outstanding. It's the first in a series (the second in the series is on the printer now but I haven't been able to read it yet) and I highly recommend Intelligence!

4. The 5000 Year Leap. W Cleon Skousen, who served in the FBI for 16 years, has incredible insights into how our nation was made, why it's survived, and how it can be fixed. This is a must-read for anyone who cares about freedom.

5. Coolidge. Calvin Coolidge is my second favorite president of the USA, and this is definitely my favorite biography of him! It's a bit long, but very insightful, detailed, and inspiring.

6. Tyrant: Shakespeare On Politics. Some people say, "those who can't do, write." I don't think this is necessarily true, and I think that Shakespeare is proof of it. His understanding of human nature is unbelievable, and sorely needed today.

7-9. The Reckoners. This fictional trilogy by Brandon Sanderson is an intriguing exploration of power, abilities, and the duty of citizens and people.

10. Glenn Beck's Common Sense. The original Common Sense, written by Patrick Henry, advocated the separation of the colonies from the British Empire. Beck's Common Sense advocates the return to sensibility, an understanding of what makes the USA the USA, and the importance of returning to what we had in the original Constitution.
A turning point is coming. No matter what way you look at it, the 2020 election will be influential. Definitely for the US, but for the world as well. And it's more than just Donald Trump vrs Joe Biden. It's about freedom vrs socialism.

But does that matter? Is socialism really something worth worrying about? Should we be helping it along? Won't it make the US more just, more compassionate, more fair, more free?

To understand this, you really have to understand that socialism is not actually about helping the poor and the minorities. It's not about taking from the rich to give to the poor.

It's about eliminating private ownership.

And private ownership IS NOT just about things like money, cars, houses, pets, cellphones, computers, TVs, and delicious food. It's about your body, your mind, and your basic rights—in the immortal words of Thomas Jefferson: “life, liberty, and the pursuit of happiness”— as well.

And not just for the rich, but for the poor too. Everyone.

And there is not such thing as "part way;" socialism is a slippery slope. Once you give up a little of your freedom, the rest is speedily taken away. Once freedom is lost, it's really hard to regain.

Socialism is not "good" or "pretty". Socialism is not about taking from the rich and giving to the poor. It's about the abolition of private ownership. And once you get down to that root, socialism is not pretty. It's downright disgusting. 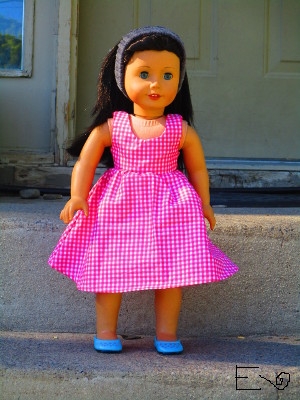 This year, Liliana has been discovering and chasing her dreams. I think it's about time I do the same.

And guess what, I love politics! And setting records! And breaking tradition! And being awesome! And making a difference!

As a result, I have decided to run for president of the USA. Don't worry, I was born in the USA, I'm thirty-five (in twenty years), and I love the American Dream. So I'm good to go!

Stop micro-managing the economy
Lower taxes for everyone
Encourage American entrepreneurship by cutting red-tape so it's easier to start a small business
Finish the USA-Mexican wall that Trump started
Cut red-tape for educationalists
Start a trend for localism-- everything done on the most local level possible, from business to education to government to policing to corona virus management, you name it.


A little bit about me:
I'm thirty five (in twenty years); I love fashion and writing and reading and hanging out with friends, I'm super mature and responsible (ask Liliana if you don't believe me; my room is WAY cleaner than hers

); I love history, government, and politics, and I'm very interested in the business that Liliana is working on starting.

I'm running for president of the USA.
I'm going to do a lot of awesome stuff to make America freer
You should vote for me

Socialism -
That idea is getting more and more popular all the time. Perhaps one of the greatest proofs of this is how far Bernie Sanders got in the process of become an 'official' candidate for United States president. Or how people think that health care is a 'right.'

So what is socialism exactly? The popular definition is taking from the rich and giving to the poor. But that just the add for socialism.

When one tries to explain the pitfalls of how socialism won't work, it hasn't worked, and it never will work, people usually respond that it'll work "this time," or that it was just flawed execution. But that is not true. The execution is not flawed; it's the theory that is flawed.

So say you own a really nice car. It was made just last year, has less than 1000 miles on it, incredibly gas efficient, all around great car. And then say that somehow, this nation that you live in becomes socialist. Well, that car isn't yours anymore. You're just 'borrowing' it until a government official comes along and says otherwise. Well, let's say that a government official comes along and says otherwise. And since he/she represents the government, they can do whatever they want with it. And let's say they decide they should get it, since their job involves driving around lots and their car stinks. Well, then that government official gets your car (of course, since this is socialism, they are only 'borrowing' it). But then say the President of your nation spots your car, and is like, "Wow, that is one great car! I think I need that!" Well, the president gets it, since the president is a higher ranking official than the one who originally took 'your' car. But the president only gets your car until a higher ranking government official comes along...

That is socialism, stripped down to it's barest theology. And it's not pretty. I mean, that was a very nice car!

But let's talk about some more aspects. Your car is a thing; and you own it. But you have private ownership over your body as well. And in socialism, private ownership isn't a thing. So the government can take your body-essentially, you- and do whatever it pleases with it. Medical experiments. Slave labour. Breeding an 'Aryan' (or whatever race your socialist government prefers) race.

Socialism is not about taking from the rich and giving to the poor. It's about the abolition of private ownership. And once you get down to that root, socialism is not pretty. It's downright disgusting.
A lot of people are somewhat confused as to what freedom means exactly. They are so caught up in the details of application in bureaucratic nations that they forget what it means.

Freedom can be defined as your right to do anything with your private property (this includes mind and body, as well as the things your own) as long as it does not hurt other people.

In fact, the only reason government is ever created by the people, is to protect their right to use their personal property without hurting others, and to make sure that other people/nations won't use their private property to hurt them.

For example, take the freedom of speech. I am free to speak as I please, as long as it does not hurt someone else. I cannot yell "fire" in a crowded theatre (unless there really was a fire) because there might be a stampede and someone could be killed. I can not use words to inspire people to murder, and so forth.

Freedom is really very simple, and it comes down to eleven words: freedom is the ability to use personal property without hurting others.
Many people don't care about what is going on in the world today, and if they do care, they don't understand. And if they do understand, they probably aren't sure how to go about influencing what is happening today.

That needs to change if America's freedom is going to be restored.


My name is Liliana. I've been homeschooled up until 9th grade, and now I'm going to Leadership Academy of Utah.

I am passionate about many things, some of which include current events, the United States Constitution, good books, designing and sewing clothes for me and my 18" doll, debate, and having a clean room.


I am very excited to have this blog and be sharing anything and everything I'm interested in with you.